Published by the Press-Republican 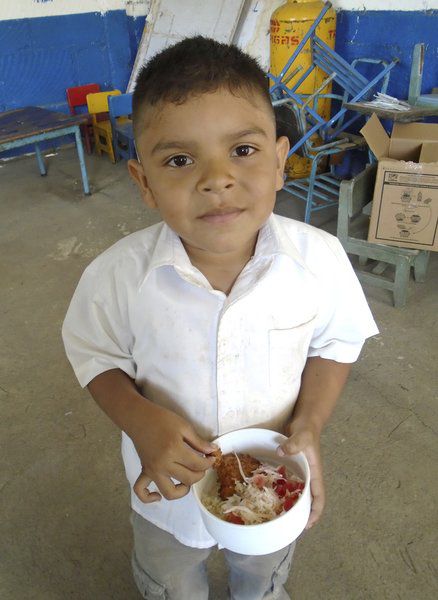 PLATTSBURGH — In Sister Debbie Blow’s mind, the North Country Mission of Hope is all about planting seeds.

In interviews conducted in Nicaragua, translated from Spanish to English and shared with the Press-Republican, educators lauded the Plattsburgh nonprofit’s efforts to combat hunger and poverty among the country’s schoolchildren.

Their main message to Blow — the organization’s executive director — and all its volunteers: Thank you.

“When the feeding program was implemented by the North Country Mission of Hope, it was a blessing that is beyond words,” said Angelica Espinales, vice principal of Colegio Hilario Sanchez, a prekindergarten through secondary school in Nicaragua.

“All the schoolchildren are now fed daily, and their siblings who are too young to attend school come during feeding time to receive nourishment.”

Testimony from Espinales and others was included in assessment reports to two of the group’s grant sponsors — Stop Hunger Now and Feed My Starving Children.

And, according to Blow and mission grant writer Carol Herring, those human-interest stories have helped secure continued food supplies for this year.

Espinales said her government sends the school a 50-pound bag of rice and a container of cooking oil a few times a year.

“It does not last long,” she said.

Before the Mission of Hope, the school was scantly able to feed its nearly 400 students, causing many to skip it altogether.

But over the past year, with the Mission of Hope’s help, Espinales said, attendance has surged to 99 percent, and students, no longer nagged by hunger, are paying better attention in class.

Plattsburgh-based Mission of Hope provides the school with a monthly allowance to buy “food complements” — spices, sides and the like — to supplement food aid from Stop Hunger Now. It also gifts the school money to buy cleaning supplies.

“I take the bus to the markets and take a taxi back since I have many bags of supplies,” Espinales said, adding that her job as vice principal is easier because her students are healthier.

Juanita Canales, a teacher at Colegio Publico Corazon de Jesus, a school of 188 students in a remote area of Nicaragua, spoke of similar improvements in her students’ lives.

“Before the feeding program was implemented many of our students were underweight, were frequently ill and had parasites,” she said. “Many students would not attend school regularly. We would see them walking or playing in the streets while (we were) teaching class.”

Attendance immediately increased when the school announced it would be able to feed children a daily meal.

“We found the students were more engaged while eating so we began serving the food in the classroom while math and reading is taught,” she said. “Students started participating while they were eating and immediately their academic retention improved.”

Canales also explained that the Mission of Hope built a locked storage space for the school’s food, in response to nighttime break-ins.

She and school officials knew the crimes were perpetrated by people trying to feed their loved ones, so they held a community meeting to encourage struggling families to come forward for help from the organization and school.

“The children are now motivated on their own to attend school,” Canales said. “Between the daily meal and the parasite medicine provided by the North Country Mission of Hope, our school children are much healthier and happier.” 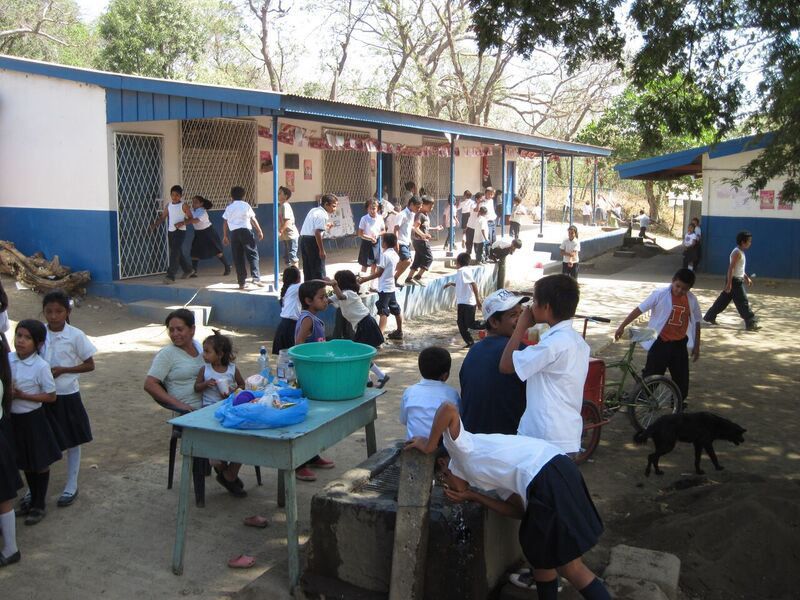 At Colegio Publico Pedro Davila, a prekindergarten through secondary school with 371 students, Principal Eddie Quintana saw his students go from having neither a kitchen nor a clean water source to both in less than six months in 2015 because of Mission of Hope.

And the following February, his pupils were given hundreds of bowls and spoons by the group.

“Our students now feel like someone cares about them, and they know good things happen at school,” he said. “Attendance at our school has increased, and our teachers are motivated by the new interest of the children.”

Like Canales, he and school officials held a meeting for adults, this one with parents, to explain what soy — the bulk of the food supplied by Stop Hunger Now — is and why it is important.

“The parents now work together to come up with different menu ideas and make suggestions to me on what to purchase to supplement the food with the allowance provided by the North Country Mission of Hope,” he said.

“Our community is amazed by the changes in the school and feel a sense of belonging. Parents eagerly volunteer now, and our students do community service at the school, which helps to keep it clean.”